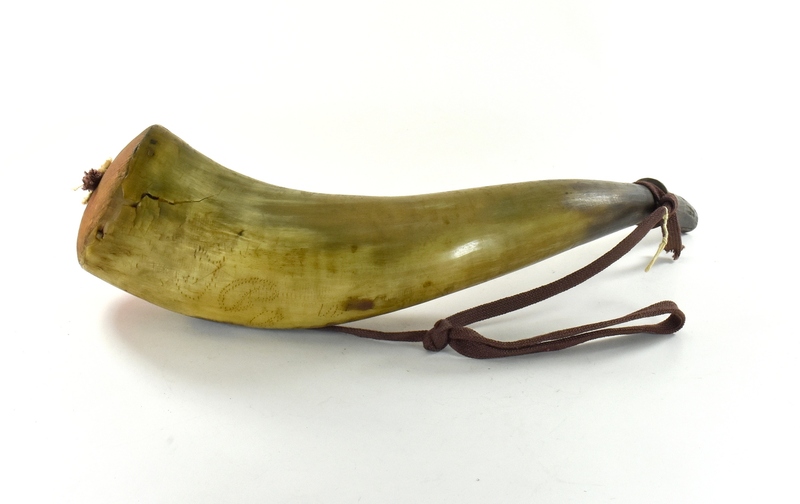 Inhabitants of Hatfield, Massachusetts, remembered the fellow resident who owned this powderhorn as a Hessian POW captured at Saratoga when the British army surrendered in 1777. 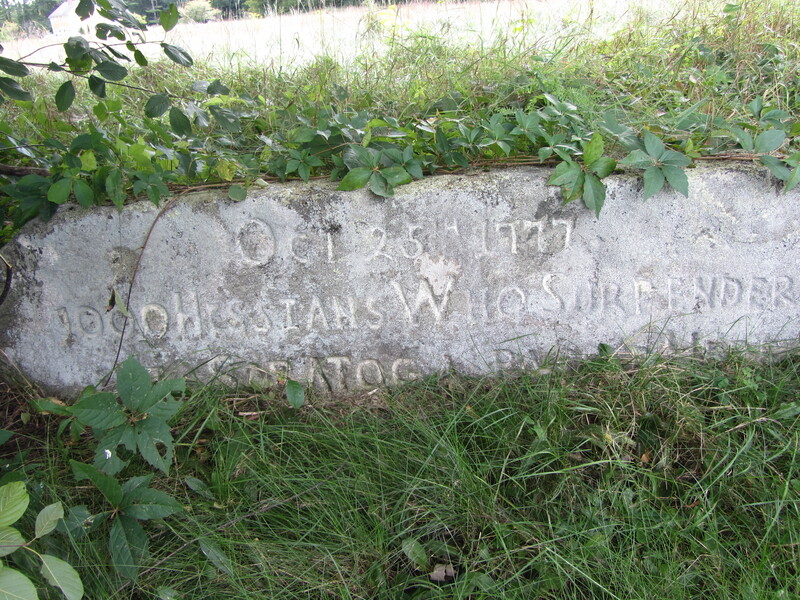 A boulder marks the march of Hessian POWs

An inscription on a boulder in New Salem, Massachusetts, still reminds passersby that “1000 Hessians who surrendered at Saratoga Passed Here.” 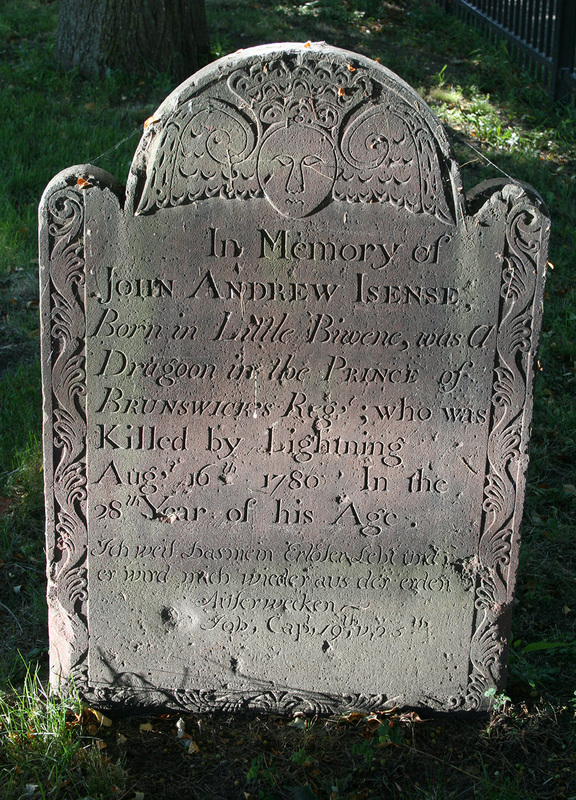 A Hessian gravestone in West Springfield, Massachusetts, cemetery reveals John Andrew Isense was far from his home in Brunswick, Germany when he was struck by lightning while working as POW on a West Springfield farm in 1780.