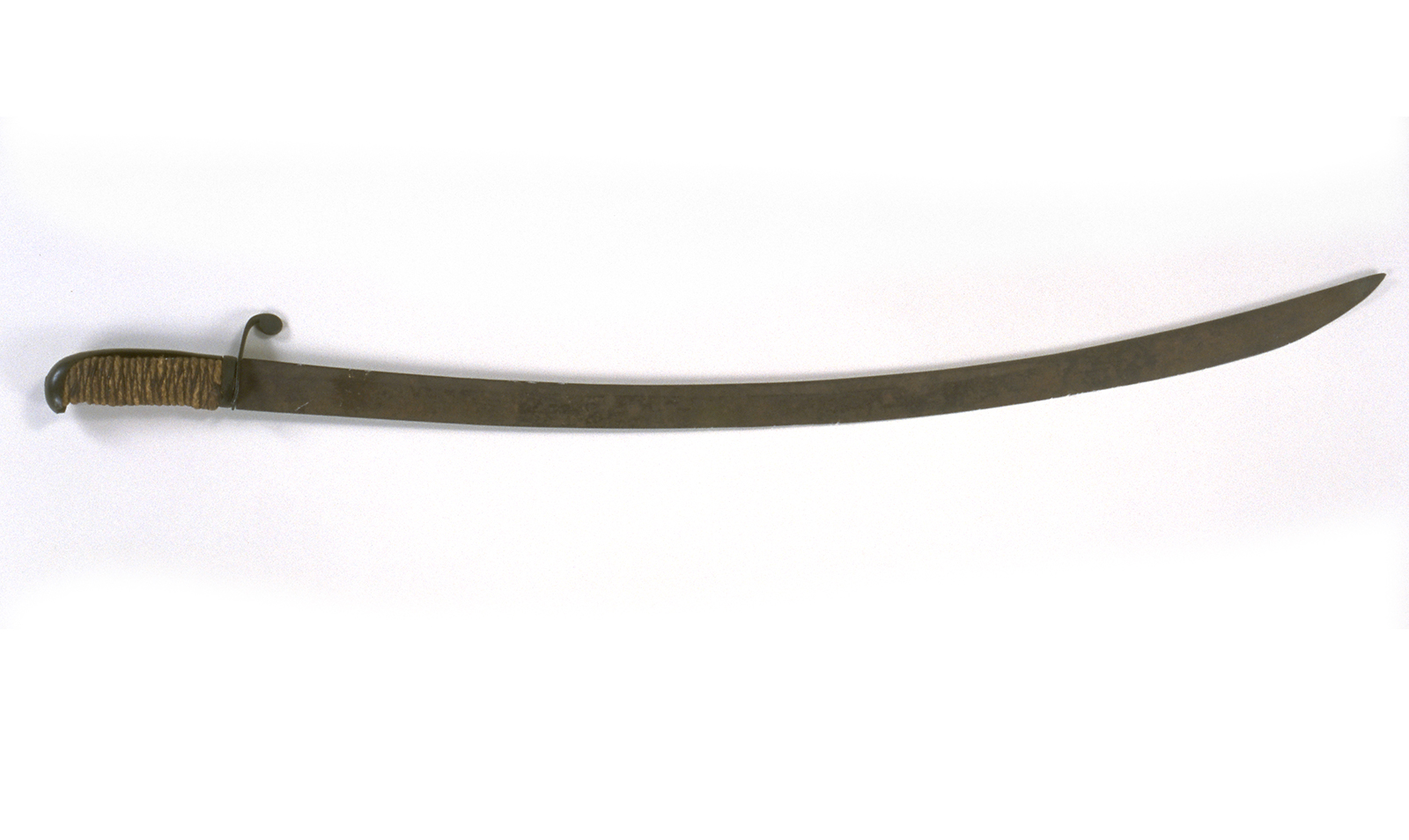 Though this sword dates to after the Revolutionary War, it was owned by a former British soldier who carved out a very unique life in Western Massachusetts following the war.

At the end of the Revolutionary War, not all British soldiers returned home. Many remained in the newly-formed United States, often establishing careers and families. One such soldier, with a particularly colorful story, was William Dorrell.

Dorrell was one of thousands of British troops under the command of General Burgoyne who officially became prisoners of war when Burgoyne surrendered at Saratoga in 1777.

After the war, Dorrell married and settled in Western Mass (Petersham, Warwick, and finally Leyden). After his time as a soldier, Dorrell went on to become a leader of his own utopian religious sect, the Dorrellites. Chief among their beliefs was that man should never eat nor in any way harm animals. He went on to claim that the Bible was “all wrong” and that he was the messiah of his generation. He gained the following of 20 to 30 families, though his support came to a rather dramatic end when Captain Ezekiel Foster, outraged by what he considered Dorrell’s blasphemy during a Dorellite gathering, seized Dorrell and mercilessly pummeled him until he recanted on the spot before his followers.

Likely in accordance with Dorrell’s beliefs, the leather has been removed from the handle of his sword.