The Loyalist House on King Street 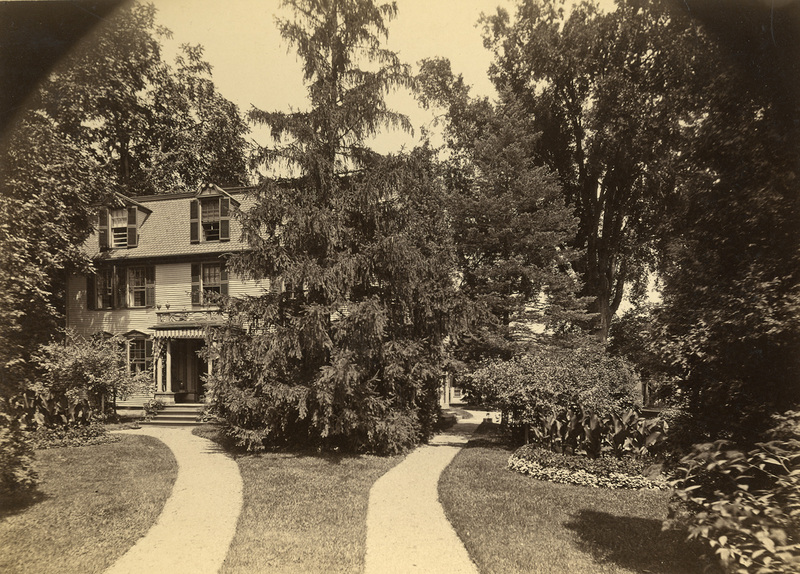 The house in this photo may no longer stand on King Street in Northampton, but the stories of the people who lived there remain. When Mary and Timothy Dwight built this house in 1751, they were a young couple embarking on their new life together. For 20 years, the Dwights navigated Timothy’s career as a merchant and a judge, and raised their thirteen children. At some point during this period, they enslaved a woman named Sylvia Church. The Dwights’ imposing house was renovated in the late the 19th century and would stand until 1905, when it was pulled down to build a school.

During the American Revolution, Timothy left Northampton to deal with a land investment in Mississippi, and died there in 1777. Before his death, Timothy had been a loyalist and that position dogged his wife and children even after he left. Mary was a loyalist herself, which fueled the resentment of those who disagreed with her politically. Her fields were burned, her livestock run off her land, and one of her children was bullied so much that he no longer wanted to attend school.

Mary Dwight was an intelligent woman with a mercurial temperament, a force of nature in her household and her community. Lewis Tappan, who grew up playing on this house’s grounds (much to Mary’s chagrin), remembered that she gave strict orders and saw that they were obeyed.

Tappan’s recollections also shed light on the other adult woman who lived in the house during the Revolution: Sylvia Church. Lewis Tappan recalled that when he and the other neighborhood children would be scolded by Mary, Sylvia Church would hide them from her until they weren’t scared.

This remembrance is important, because glimpses of Sylvia Church’s life are few and far between. She was probably born in Africa around 1754, and by the Revolution she had been enslaved for over half her life. She remained in this house for years after she technically had her freedom when Massachusetts abolished slavery in 1783. Like so many people who were enslaved, legally obtaining her freedom did not remove her from the people who had enslaved her or the house where she was enslaved.