Blacksmith Soldier with a Musical Flair? 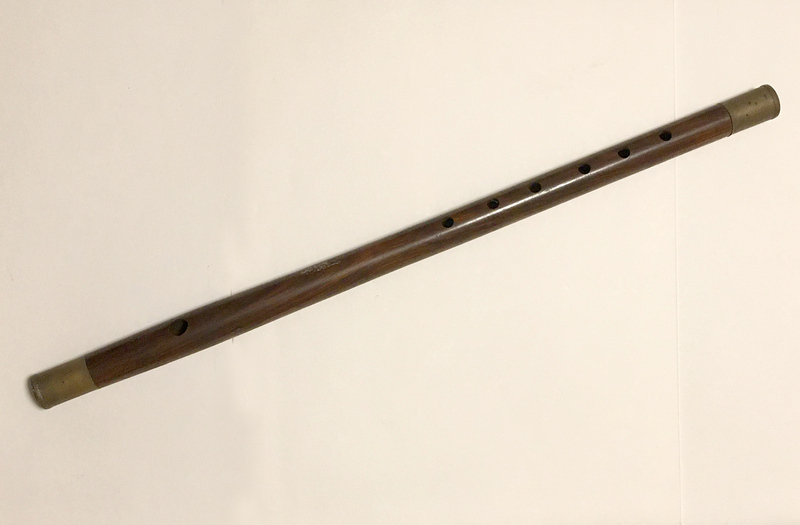 Daniel Severance was about 25 years old, dark-complected, light-eyed, and working as a blacksmith in what is now Washington, New Hampshire when the talk of revolution began. He enlisted as a private in Captain Ezra Towne's Company, Colonel James Read's Regiment on April 23, 1775. Less than 2 months later, he fought with his regiment at the pivotal Battle of Bunker Hill. In September of 1776, Daniel reenlisted as a private in Captain Abijah Smith's Company, part of Colonel Loammi Baldwin's 26th Massachusetts Continental regiment.

We know this was Daniel’s fife, but as there is no concrete record of him serving as a fifer, many questions remain. The military companies that made up the larger militia and continental army regiments during the Revolution included at least one fifer and one drummer. The owner of this fife had to master all the musical calls that told the members of his company when to get up, where to muster and when to go to bed, as well as providing the music on the march that helped the company keep the cadence and hopefully lift the army’s spirits. In battle, fifers and drummers used special tunes and drum beats to cut through the din of battle and communicate officers’ orders, including when to advance or retreat. Did Daniel ever learn or play these special tunes? How did this fife come into his care? What else might he have played?

Before the Revolution, music was already an important part of the colonial social experience. Although the early Puritans of the 1620s were less inclined to song, by 1776 there were not only the everyday lullabies and work songs and tavern anthems, but sacred hymns and public concerts as well. In 1770, William Billings, of Boston, printed The New-England Psalm-Singer, the first book of music written in colonial America, with a frontispiece engraving by Paul Revere. A few pieces were new words written to familiar tunes, but most were entirely new, like Chester, which was extremely popular in the 1770s, and started off boldly, thus:

Let tyrants Shake their Iron rod
And slav'ry Clank her galling Chains
we fear them not we trust in god
New englands god for ever reigns.
(Billings, New-England Psalm-Signer)

This was everyday music, the type anyone could play or sing, in a type of book anyone could buy. The type Daniel could have picked up during his time in Boston.

After the war, Daniel bought land in New Hampshire, married Betsy Safford, and raised two sons, Benjamin and Jeremiah. The fife went to his oldest son, who passed it to his son Ben Jr, who passed it to his son, B. F. Severance, who donated it to the Historical Society of Greenfield in 1910. What tunes might this little wooden fife played all those long years!